The Ghost Ship fire is almost too horrifying to contemplate. Multiple friends of friends are still among those unaccounted for. Any of us who have lived in Oakland and engaged with the art scene know spaces like it. Any of us who are artists anywhere know them. They make so much possible.

My ex ran an illegal fringe theater in a similar space in Seattle in the early 2000s. To see a show, she walked me up a narrow, winding staircase to a small, windowless room with only one entrance/exit. There was no getting in or out quickly. At least one of the actors also lived there in a makeshift loft. In the absence of capital campaigns, steady incomes, and savings to secure a loan and lease a properly permitted space, what was the alternative? Not to engage with the strongest calling in every fiber of their being? Get a “real job” and hope to attend someone else’s shows on the weekends? I don’t think anyone in that circle considered that the theater troupe and audience were in danger, that all in that room were, in a way that has become clear and concrete this week, risking our lives for the opportunity to witness and participate in new art that was not mainstream, canonized, or mass-marketable. Even so, there was a palpable sense that at least metaphorically, it was that important.

But the choice should not be art or housing, art or safety, art or healthcare. We are entering a time when, more than ever, we need artists to speak truth to power, to resist the normalization, propagandization, distortion, and erasure of what is happening to people on the ground and in the trenches who do not have access to the special protections and political levers of the wealthy. Sustainable, flourishing artistic communities require a social safety net. For now, I encounter more crowd-funded medical campaigns and digital rent parties for musicians, filmmakers, performers, and writers than I can count. The art still gets made, but often on the edge of eviction, illness, and poverty. I know at least two writers who no longer have any of their real teeth.

There are ways forward: affordable housing trusts; a living minimum wage; city, state, and federal arts grants; improving the existing framework toward universal healthcare, which the Republican-controlled Congress has vowed to dismantle based on a personal vendetta against our exiting president; proposals for universal basic income; restructuring of student loan debt; tax hikes on corporations that have effectively paid nothing for decades, on the backs of workers. I want to live in a society that pursues these solutions. Ghost Ship is not a cautionary tale about youthful irresponsibility—it should be a wake-up call regarding the life-or-death implications of valuing the “right” to accumulate endless capital over the right to have truly safe, creative spaces and the most basic standard of living. Kimya Dawson explained the value of these venues, the conflict, and the tragedy so well yesterday. 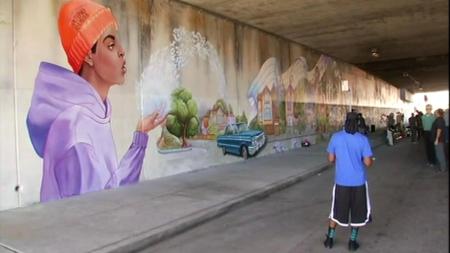